Buy the Fear and Sell the Greed – Crypto Trading Psychology 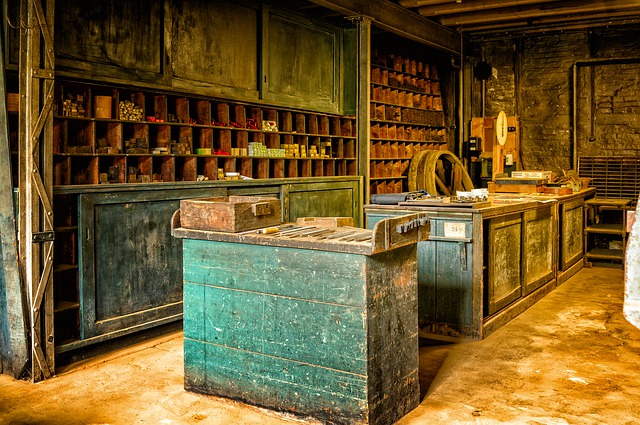 We are seeing crash after crash since May in the crypto market. Panic sellers are haunted every time when their coin starts to go in green again and appears to possibly be on the road to recovery or fantastic pumps. Believing there is a massive pump coming, they jump in. Then they get panic again when another crash comes, and buy back further, only to have the asset come down again two days later. The process repeats…

Sounds familiar? Here we want to go back to the basics and talk about trading emotions and 10 fundamental trading psychology.

That seems obvious but the majority of people we talked to during the bear market were overexposed not only in altcoins but with their wealth as well.

Do not think you are the God of trading just because you caught a good pump. Everybody can catch a 10x during an alt season. Never stop learning and understand that it is the profit’s sustaining that is hard — not making it. Fundamentals show you what you should buy, but it is the Technical Analysis that tells you where you should do it. To gain more experience you will have to go through significant losses as well. Only then will you appreciate the value of a well-thought strategy for minimizing risks.

Try counter trading the public opinion – when everybody thinks a coin will moon it probably will not. The markets are profitable because for every winning trade there is a losing one as well. To be on the former side you need to outperform most traders, not join them.

If you are investing do not be discouraged by a small pullback – zoom out and be patient. Best gains are never done by chasing coins, it is the waiting that is rewarded most.

You are here first and foremost to make profit, trade according to charts and fundamentals, your sympathy for the project comes second.

The potential of catching another Verge-like pump is very tempting, but chances of that happening are extremely small. Instead of looking for one 100x, try combining few trades to reach the same target (4x,5x,5x gives you the same result and is a lot easier to achieve).

You may think this is pretty obvious and trivial, but if you have never traded in this market before, you do not realise yet how addicting it becomes in a very short period. Making a lot of money often blinds a rational mind which might lead to bad decisions in the form of overtrading or losing perspective when is the right time to take profits. A sound strategy minimises the effect of emotions during trading, but not everybody has one from the beginning. For this reason, a responsible trader should always make sure that every decision he makes has a well-thought motive behind it.

If you find yourself having a hard time taking a trade without somebody else’s confirmation, it means you are not ready to trade yet. If you ever find yourself very emotional while trading, it means that your risk management is lacking.

It is better to miss a pump than enter in a wrong spot and instantly be underwater with your position.

If you want to have more time for other things and only do few trades per week, choose to invest or use a solid automatic trading bot.

When you are not experienced enough to be capable of controlling your emotions entirely even during the biggest pumps, you need a system that would do it for you. Having a system in place eliminates all the mistakes that you would have done if you were making your trades “on-the-go”. The system should suit your character and availability of time.

There are not many trading tips so useful as this one, but even those extreme emotions often need practice before you can recognise them while trading.

Fight off fear – whether it is fear of missing out or fear of buying when the market is panicking, a good set of rules can solve both issues. This is probably the most common emotion that traders battle with and it is easily countered with previously set buy orders and precise rules on entering the coin.

Fight off greed – the main reason why new traders cannot sustain their profits. Again, a precise system of taking profits allows the traders to secure not only them but also asses bigger pumps much more calmly than usual.

Keep consistency – sometimes when confidence in your own trades decreases, the profitability does as well. Do not give up even when you have a bad streak and stay true to your plan. Sticking to the strategy guarantees a quick recovery after a series of bad trades.

Having proficiency in TA (technical analysis) or good instincts in FA (fundamental analysis) means nothing if you cannot control emotions while trading. Not selling the coin after the clear blow-off top because of greed is only one of the examples why trading psychology is so critical. It is not just about controlling the emotions – it is also about using emotions to your advantage. An essential skill to have is to understand how to react to your own emotions. Figure out how you behave when the market is dumping and which emotions you experience when you have a profit. Those feelings, as you have seen with market cycles, are just as good indicators as TA. It is not a coincidence when people often say that their coin starts pumping a second after they sold it. Feeling of capitulation is probably one of the best indicators of the bottom being close.